Evoramonte is an ancient settlement with was formerly the head of the municipality and is located 26 km from Evora and 15 km from Estremoz. It has a population of about 700 inhabitants. It is  divided into two quite distinct parts: the old town, with the castle, and he outskirts of  Corredoura  do Campo (Rossio).

The Medieval town straddles a ridge of 481 m in height and was conquered from the Moors by Giraldo Sem Pavor and King Alfonso Henriques in 1166.and later fortified by King D. Dinis in 1306 when the old retaining walls were built. The violent earthquake of February 1531 partially destroyed the town end the early castle and walls were reinforced with round towers set into the corners in the time of Duke of Bragança.

In a simple house in Rua Direita, the Convention of Evoramonte was signed on 26 may 1834 between the liberals  for D Pedro IV and  the absolutists supporting D.Miquel, brother of D.Pedro IV,a treaty that ended the civil war.

From the terrace of the castle  a magnificient view can be taken of the plains of the beautiful Alentejo. 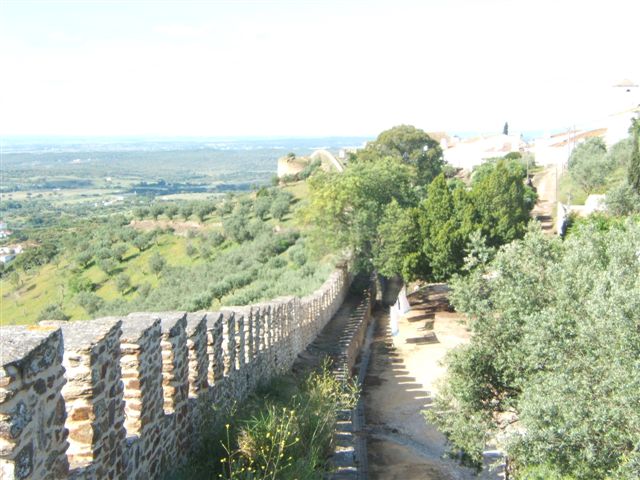 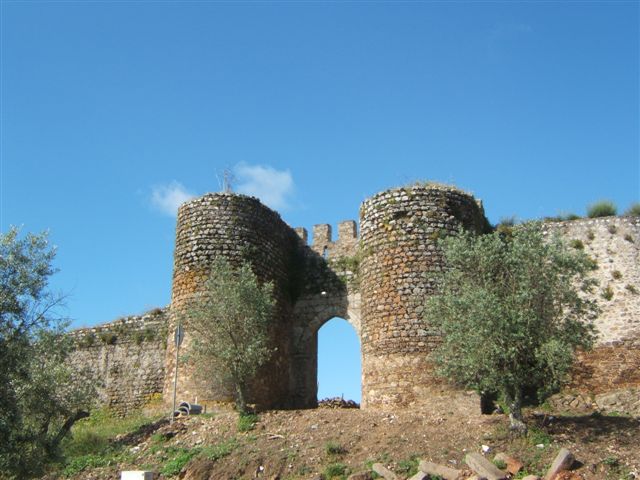 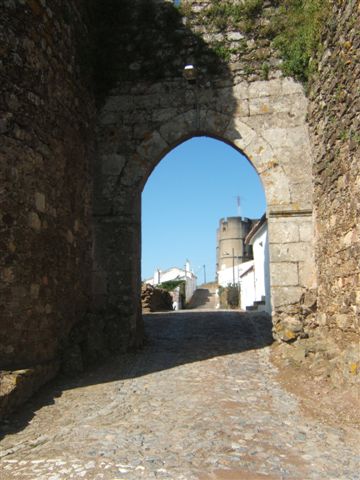 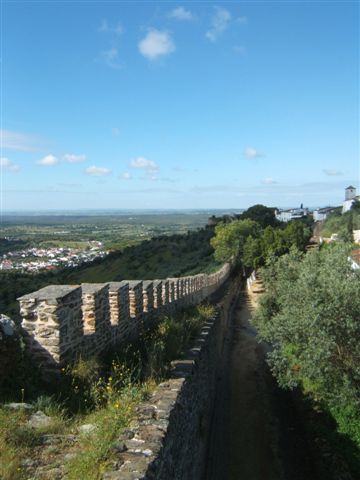 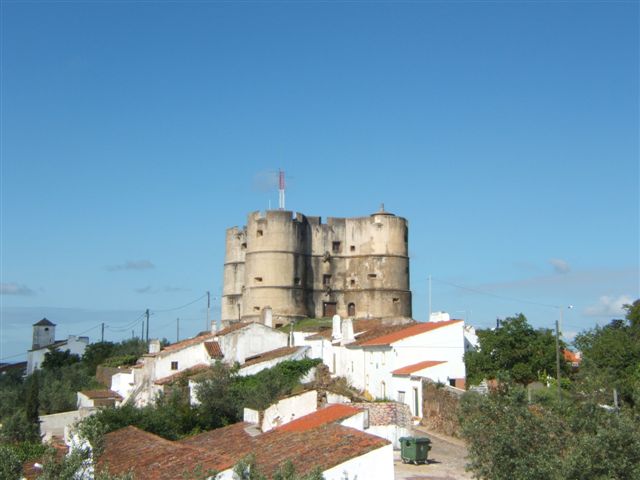 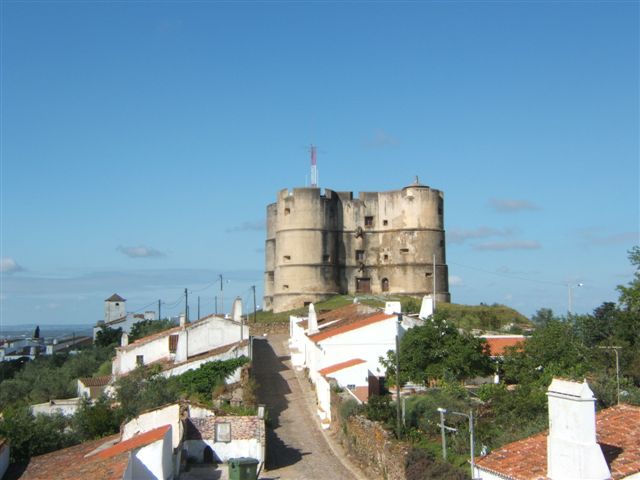 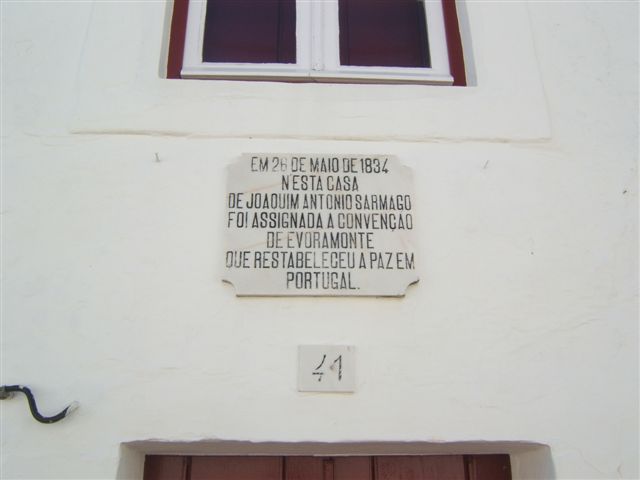 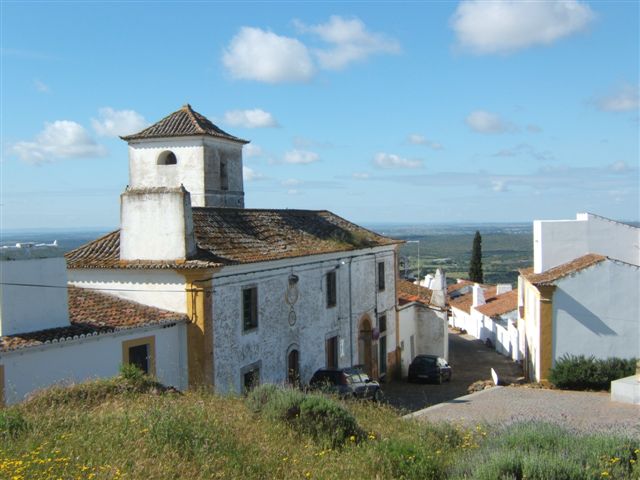 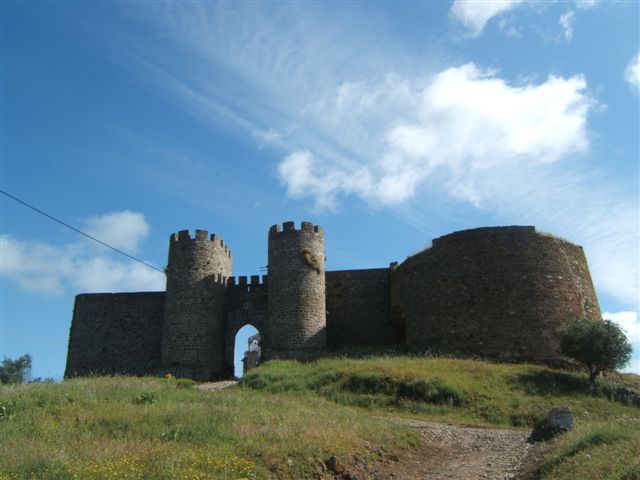 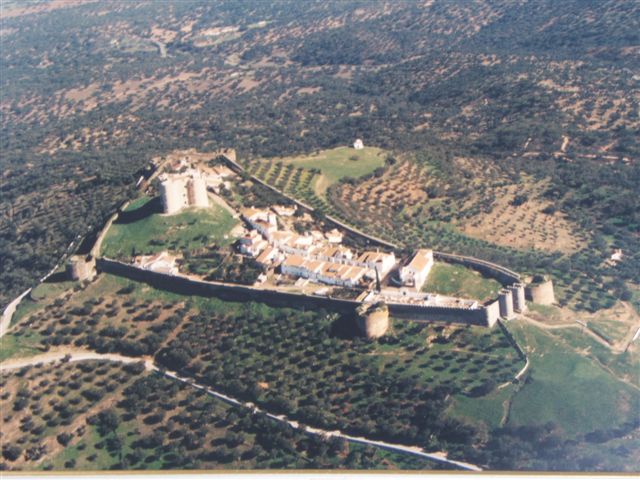